Clearing away all the sod by hand took much longer than I expected. It was into September before that phase was completed. Around the sides it was a couple feet larger than the shed's footprint, but on the front I had to go all the way to the end of the asphalt driveway. 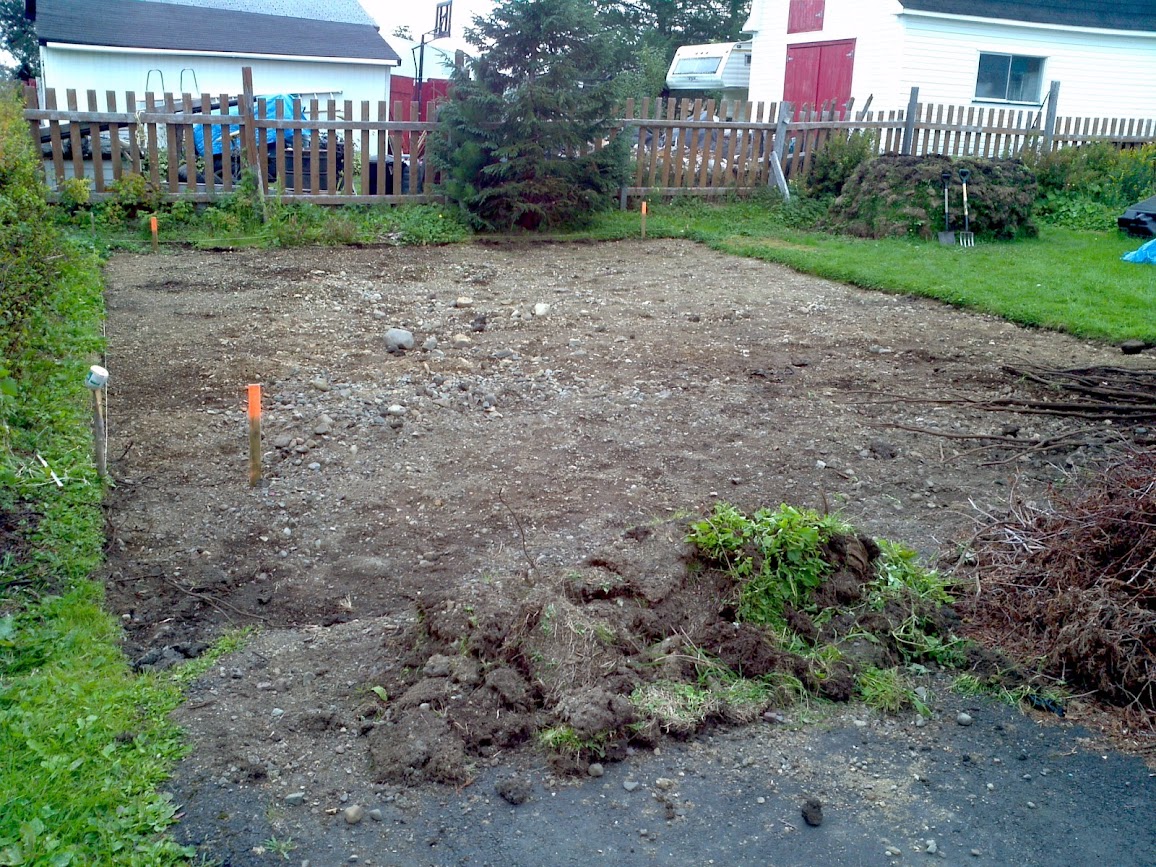 Then there was a stump and roots to deal with. 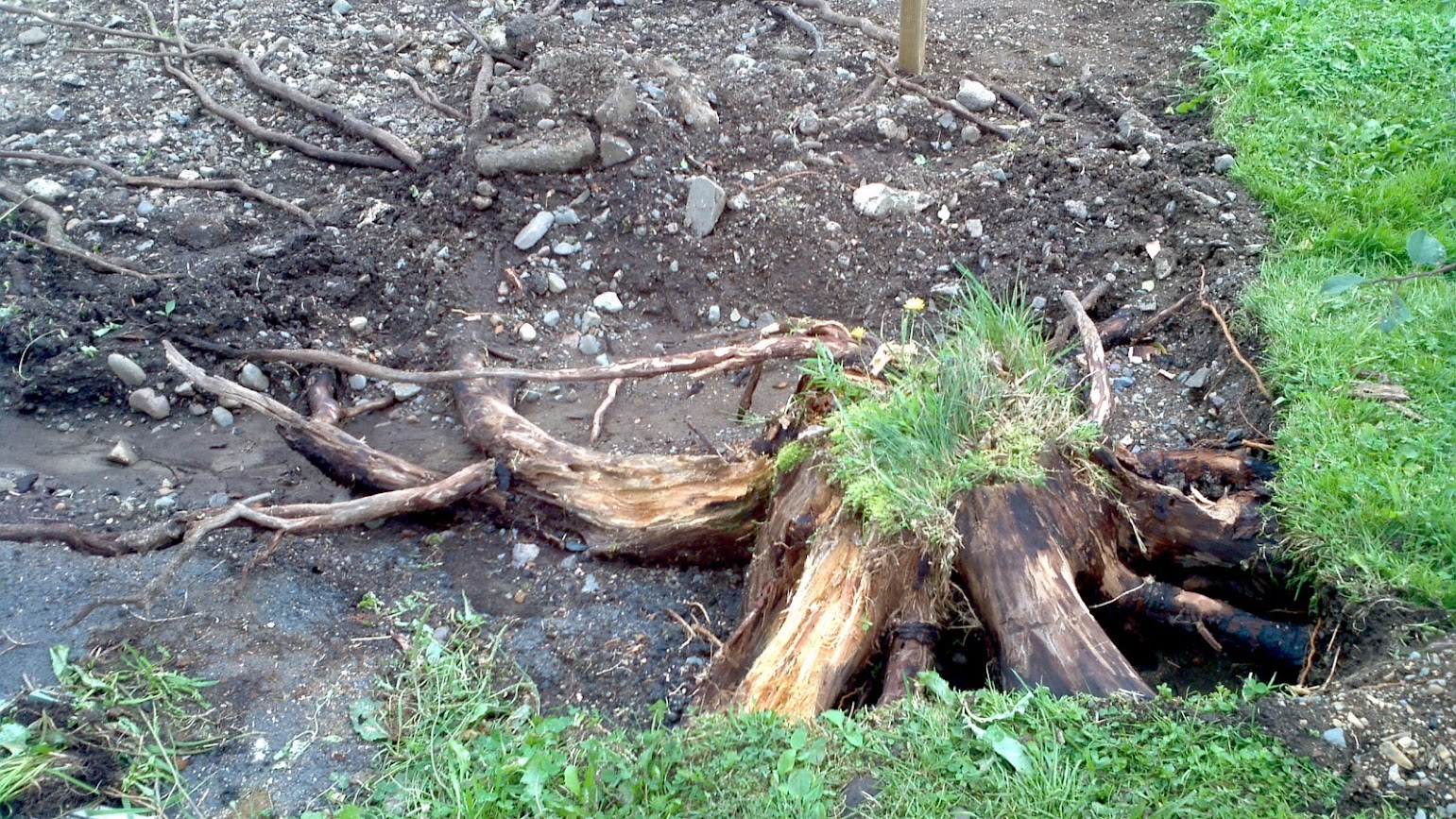 After digging away as much as I could, I blasted it with the garden hose to expose as much of the roots as possible. A chainsaw was used to cut away all the roots which could be accessed. A come-along was attached to the hitch of my truck, and cranked on to lift the stump so it could be cut at until it finally let go. 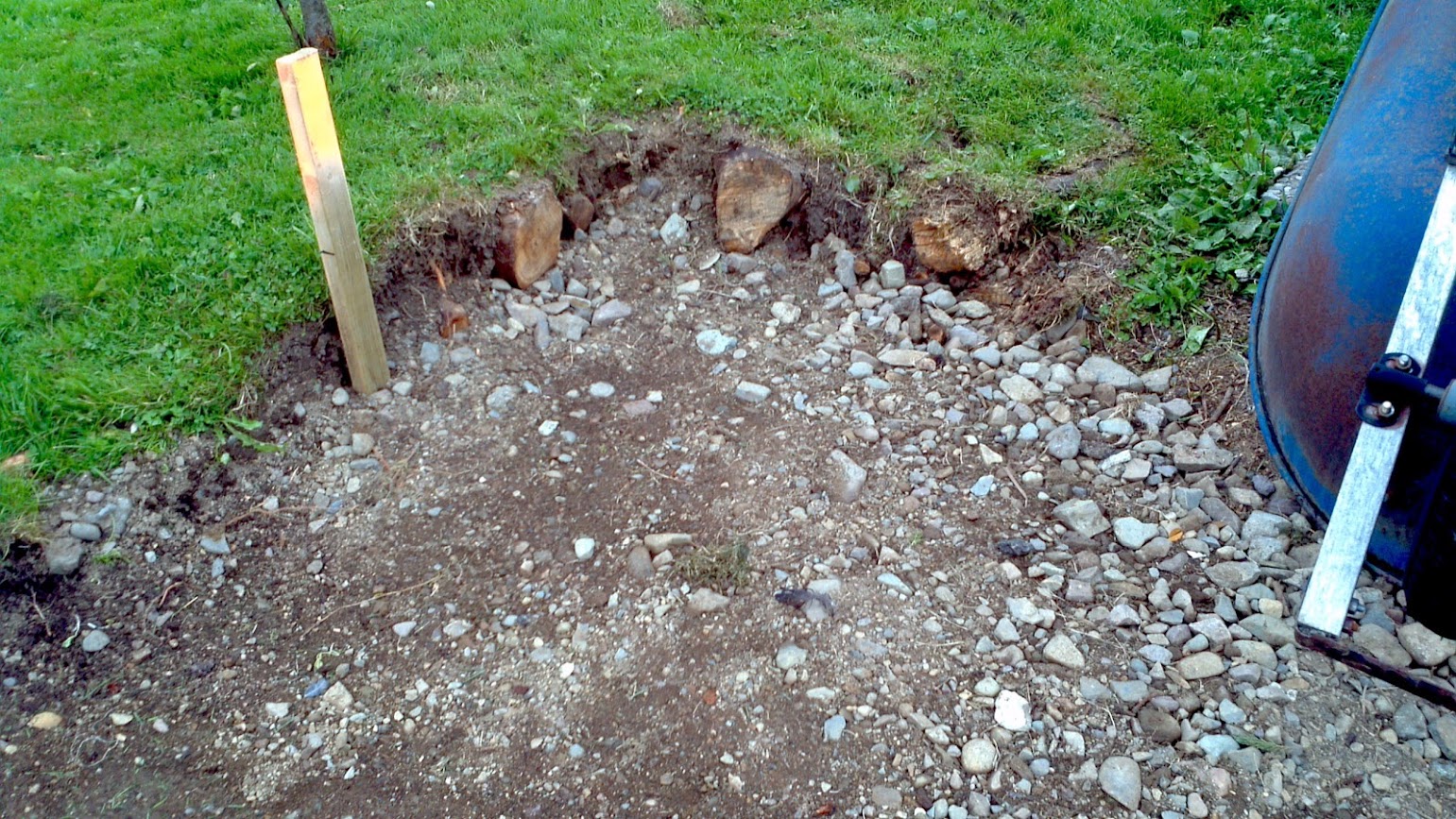 The ground was raked and cleared of any remaining organic material. Rocks and pebbles which surfaced were brought to the driveway side to be used as fill and drainage. 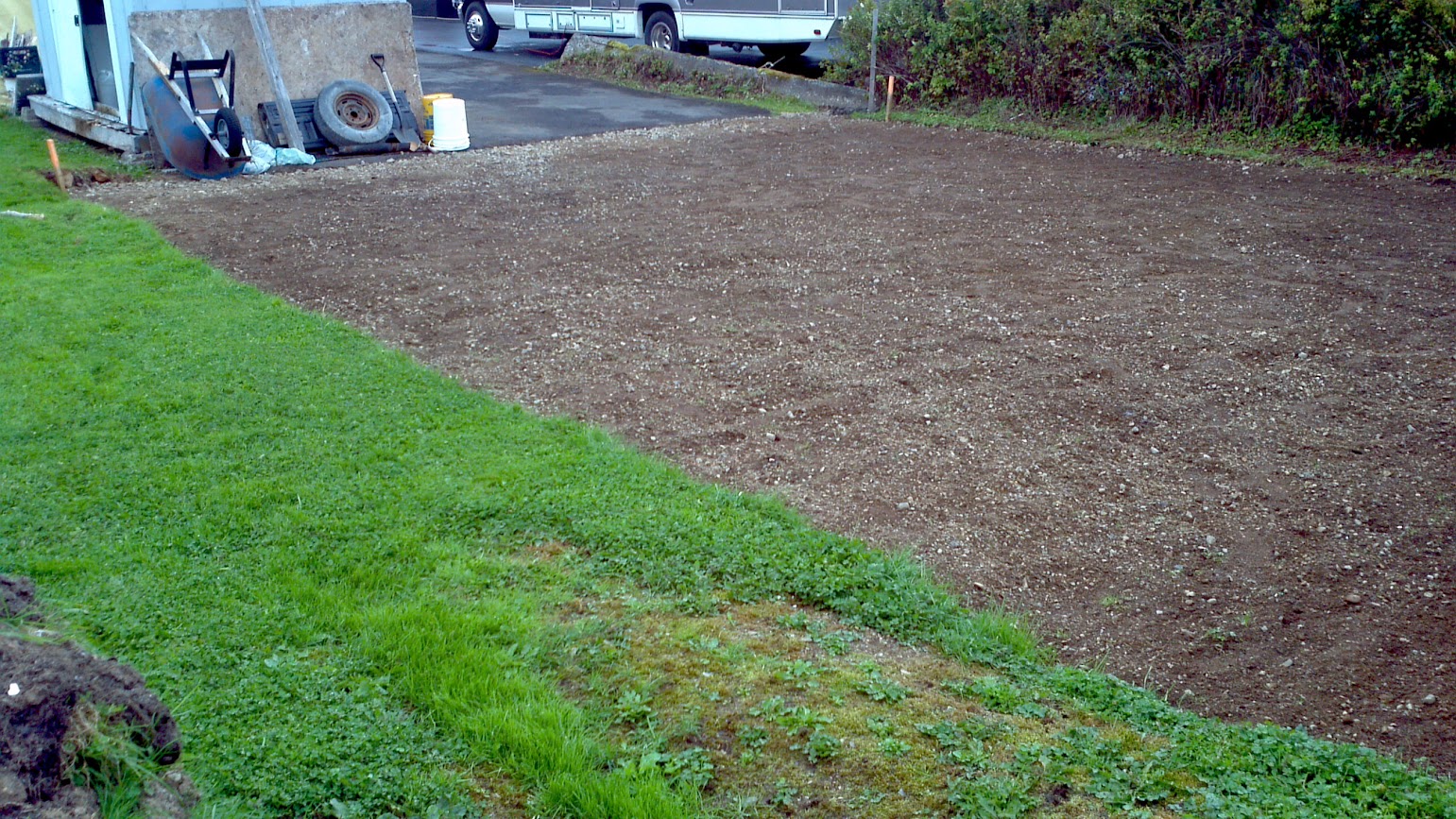 A check of where I needed the top of the shed/garage/workshop's floor to be showed that rather than digging down for my footing, it had to come up. Upon speaking with a supplier of stone, it was determined that it would take about one dump truck load of class A to provide the volume I needed under the concrete. 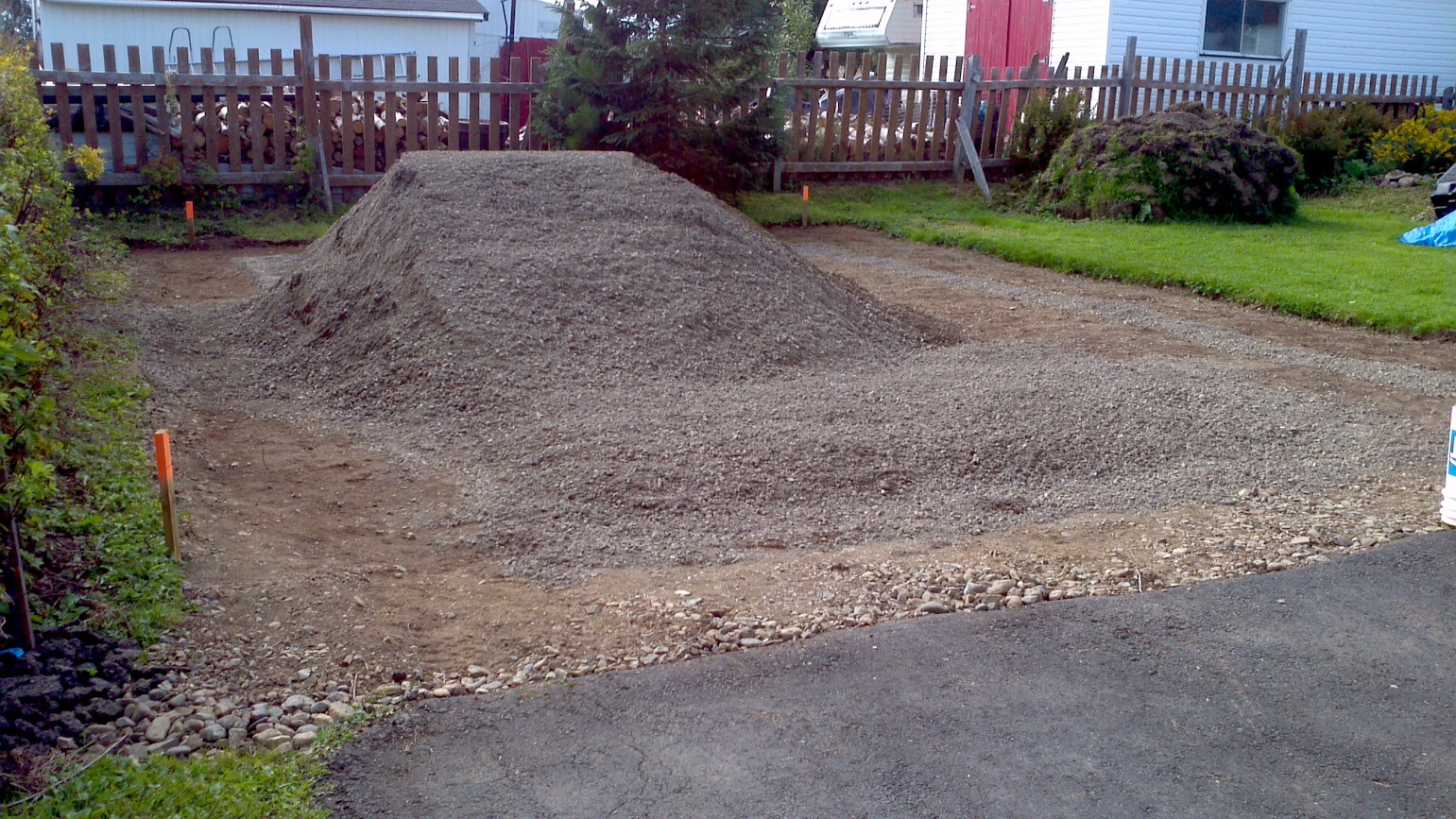 Spreading out the crushed stone took a while, even with some help from Jim and the purchase of a new rake and shovel. 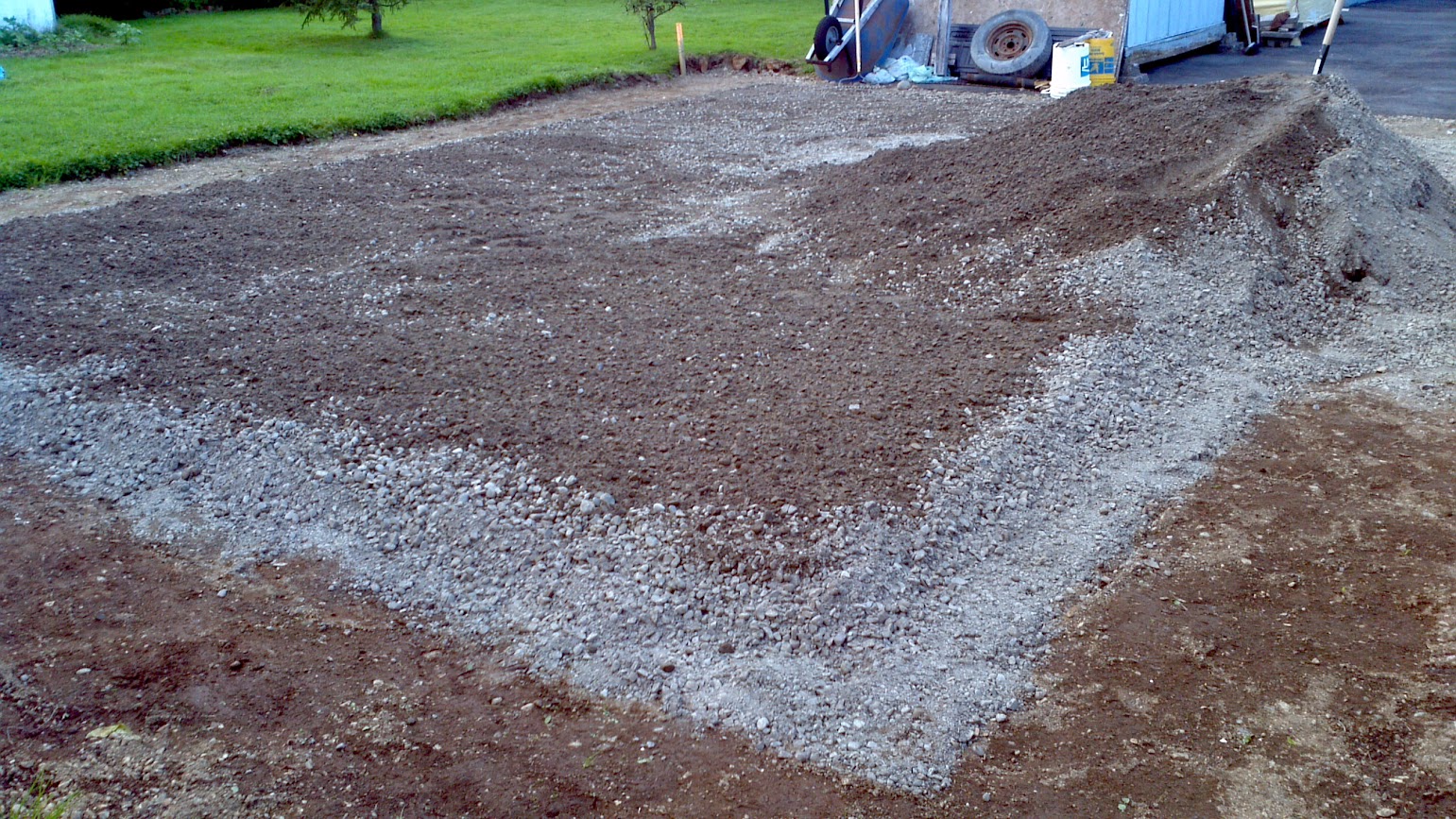 The final levelling has to wait until after the form is built since the top of the class A has to be 9" below the top of the floor to allow for 4" of concrete, 2" of foam insulation, and 3" of stone.

I'm not an engineer, architect, or even a contractor, but I can do research, and I can make some pretty nice CAD drawings and do most of my own work. According to David Hewlett, that might make me a reno nerd.


The Entire Story To Date: